Despite this note of sadness, celebrations are in full swing at the The Vampire Detective post-award party. Deals are being cut for future productions and everyone is having a good time enjoying the atmosphere and mingling with Hollywood’s movers and shakers.

Is there anything suspicious about Tom Speed’s death? Who will win next year’s Skellies? Find out at Halloween Lies. 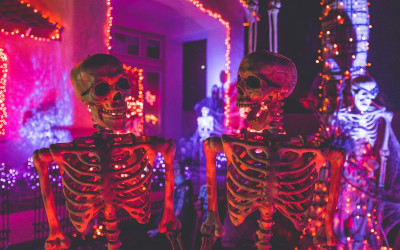