It’s 1947 and along New York City’s Broadway Avenue, theatres are stuffed to capacity with anxious spectators waiting to be entertained. Inside the Arlington Theatre, it’s the first scene of the new Broadway play Olympian Days, and leading actor Jackson Turner has failed to make his grand entrance! Why? He’s been brutally murdered in his dressing room backstage.

In Bludgeoned on Broadway, everyone is acting a part, and it’s up to you to figure out who’s hiding behind the mask of illusion, deception, and even murder! You can form alliances, blackmail each other, steal items and money, and generally usurp and upset others’ attempts to achieve goals! 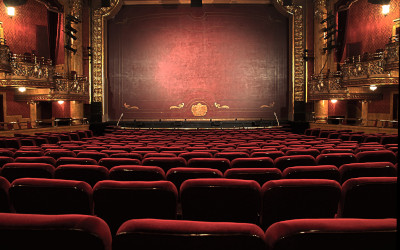