Anybody who is anybody is here at Fat Stan’s Speakeasy tonight. Al and the band are desperately belting out their jazziest tunes, Lola and the girls are singing and dancing like their lives depended on it, and Tony the barman is handing out Stan’s Specials like there’s no tomorrow.

Which there won’t be, for poor Scabface Martins. He was one of Fat Stan’s pals, and a very popular guy down at the Speakeasy. A masked hoodlum in a long black cloak burst into the room during the interval after Lola’s big number, and the poor sap was peppered with so many bullets he looked like a swiss cheese.

The only way in or out of the Speakeasy is through the secret door from Dora’s Dress Shop, and the doorkeeper swears that nobody has come through that door in either direction for over an hour. So it figures it musta been someone in the Speakeasy that plugged Scabface, and even worse: they’re still in here now!

Officer Pilkington is one of the regulars, so everyone’s waiting for him to work out who dunnit. Too bad he’s as dumb as a sack of bricks. The only thing he’s managed to do right so far is to lock the exit and search the back rooms for hidden hoodlums. He found nobody.

Fat Stan is determined that everything should carry on like there ain’t no problems: so the remains of poor Scabface have been put in the Janitor’s cupboard and, after a quick cleanup by Pickles the cleaner, the show is carrying on with fevered intensity. But who coulda wanted Scabface dead? Which one of the crooks, bums and no-hopers that make up the Speakeasy’s staff and guests is the filthy lowlife that plugged him? And do they plan to strike again? 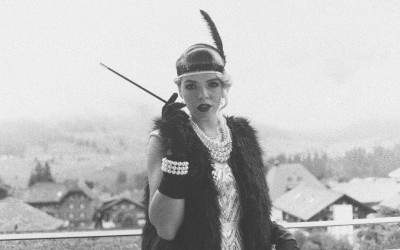